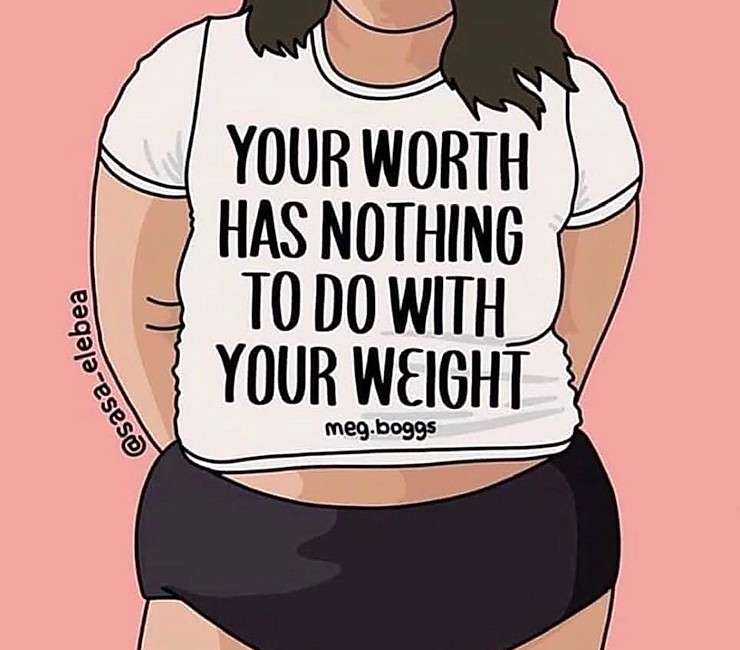 Okay, so I’m just going to say it. Society sucks sometimes. I’d say something stronger but it’s probably not really professional to write that.

So I was chatting to someone the other day who told me she’s been judged all her life for being overweight. Something she can’t help due to a medical issue. She’s tried every fad diet and exercise regime out there and still, she can’t lose weight. She used to be a happy go lucky confident girl but society has judged her so much that she now measures her worth by what others think which makes my blood boil. And it’s not just her, there are thousands of other girls and women out there who feel the same. Men and boys too. Even I’ve been guilty of it and I’m a fairly confident person for the most part.

Society seems to dictate how everything should think, look, act, etc and if anyone doesn’t fit into what it thinks is acceptable then they are judged which is ridiculously unfair. You know like I do that none of the general population, myself included, do not look like the models that grace the covers of magazines or Instagram or any other social media for that matter. And to be honest, the ones that do? Well, neither do they because of the evil invention that is Photoshop. It’s encouraging me and women to think they need to get this completely unattainable look to fit into society which is so far from the truth. Photoshop is the reason so many girls and young women and some boys and men have eating disorders such as bulimia and anorexia. It’s a culture that NEEDS TO STOP! Nobody and I mean NOBODY’S self-worth should be dictated by how they look or what society thinks they should look like. Everyone should be allowed to look and feel how they want to without being judged. They shouldn’t be encouraged to reach this unattainable look that can only be obtained by computer software. We’re not robots, we are real people with real feelings. It absolutely baffles me how society thinks it’s okay to make people feel like they are worth nothing because they don’t have a body that fits a “standard”. And speaking of standards, whoever invented BMI needs shooting. It’s one of the WORST ways to measure someone’s weight. It does not differentiate between water, muscle, etc. And despite the fact we are in 2019, it’s still a method of measurement which is absolutely ridiculous. I will agree that if you are overweight and it’s unhealthy for you and will shorten your life span then please be encouraged to lose weight to prolong your life but if not then screw anyone who tells you that you don’t look right or that because you’re overweight you’re not worthy. Because that’s completely untrue. Everyone is worthy no matter what they look like, who they date, the colour of their skin or anything else for that matter and society needs to change its attitude and pronto!

So next time you are looking in the mirror and you’re not happy with the way you look, ask yourself if that’s a subconscious thought due to how society has made you feel or if deep down you really feel that way. Because I bet if society told you that the way you looked right now was fully acceptable you wouldn’t feel the way you do!